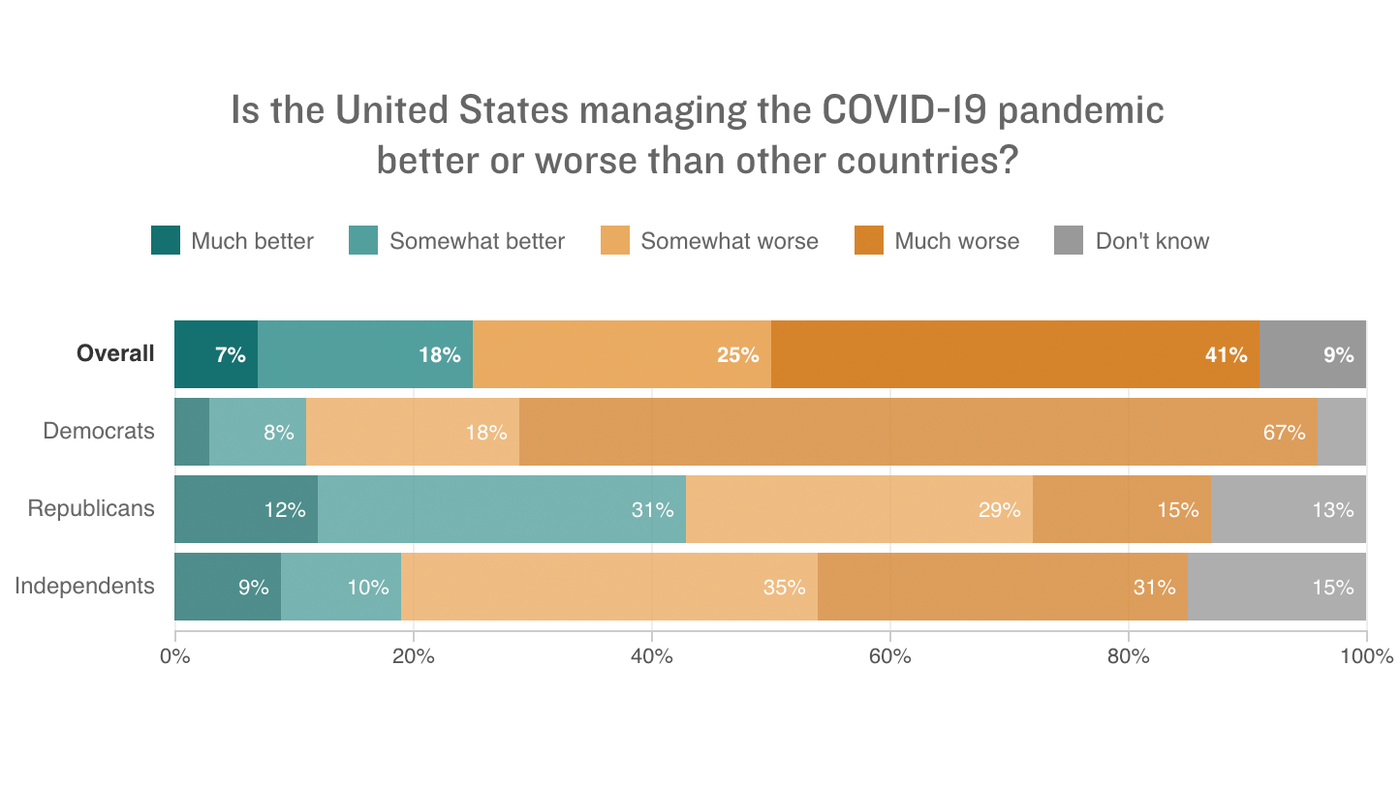 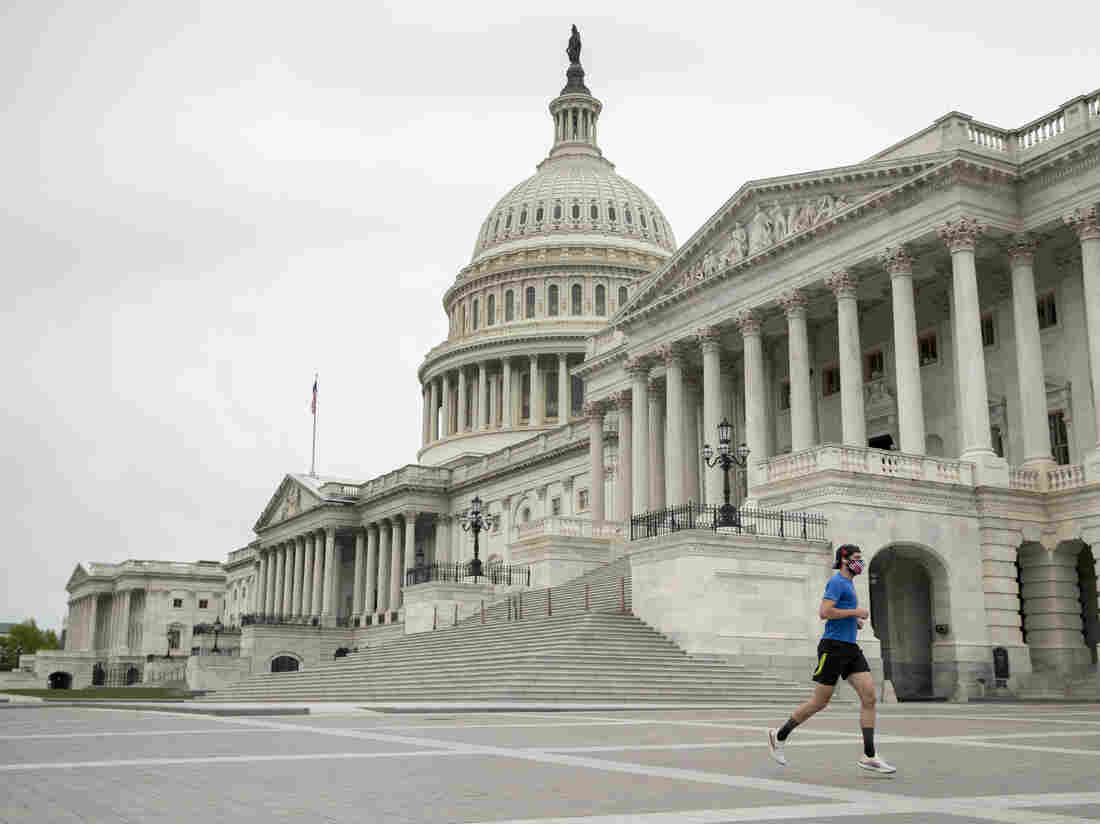 A man with a mask depicting American flags jogs past the U.S. Capitol in April. More than three-quarters of respondents to the NPR/Ipsos poll support enacting state laws to require mask wearing in public at all times. 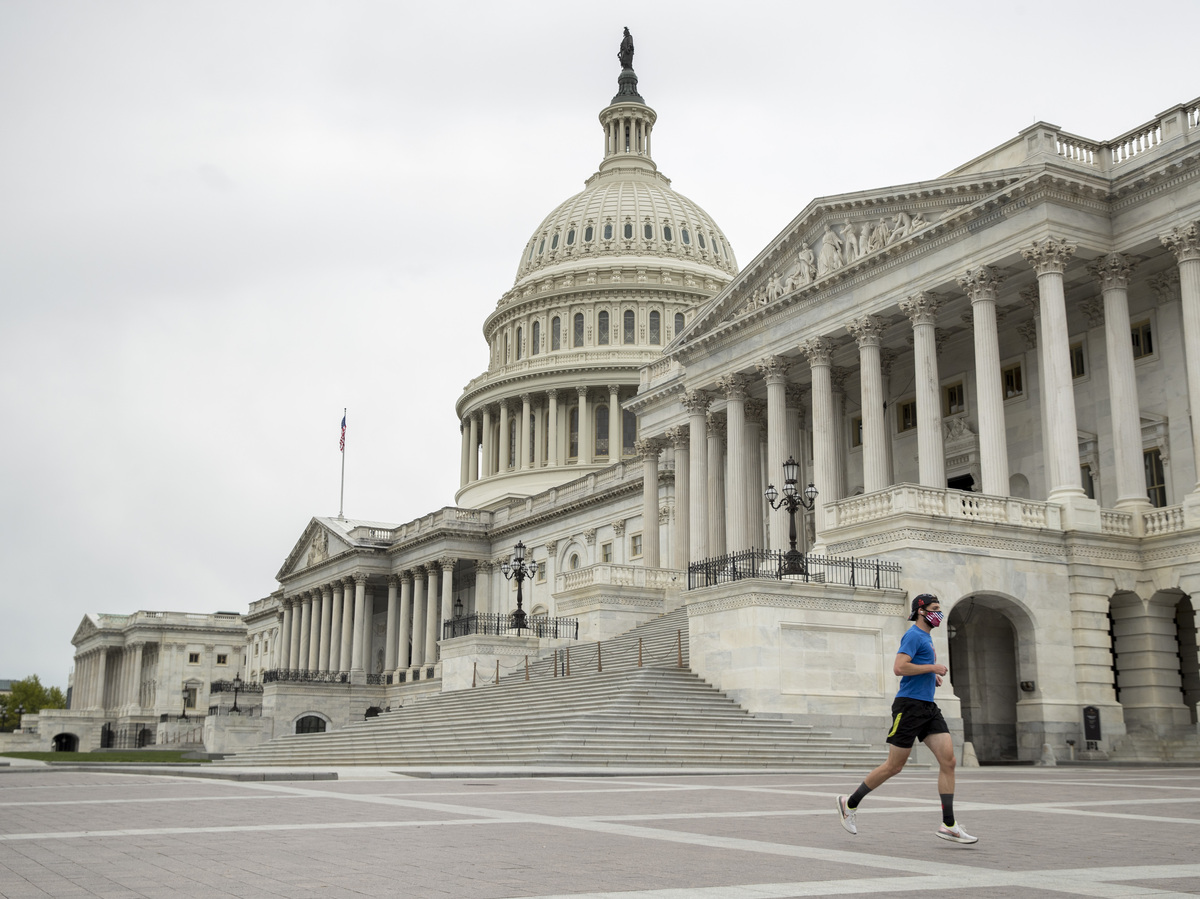 A man with a mask depicting American flags jogs past the U.S. Capitol in April. More than three-quarters of respondents to the NPR/Ipsos poll support enacting state laws to require mask wearing in public at all times.

With the national death toll from COVID-19 passing the grim 150,000 mark, an NPR/Ipsos poll finds broad support for a single, national strategy to address the pandemic and more aggressive measures to contain it.

Two-thirds of respondents said they believe the U.S. is handling the pandemic worse than other countries, and most want the federal government to take extensive action to slow the spread of the coronavirus, favoring a top-down approach to reopening schools and businesses.

“We’ve come to a pretty dire place when it comes to both the death toll and the spread of coronavirus across the country,” said Mallory Newall, a pollster with Ipsos. “Americans, as they grapple with the reality of just how grave the situation is, they’re looking for sweeping, really broad, powerful action here.”

While debates over masks and whether to reopen have dominated headlines, more than three-quarters of respondents support enacting state laws to require mask wearing in public at all times. And nearly 60% said they would support a nationwide order making it mandatory to shelter at home for two weeks.

The findings come as federal public health officials warn of a new phase in the pandemic, with widespread infections across the country, and as the president openly feuds with those advisers. The poll was conducted July 30-31 and surveyed 1,115 adults from the continental U.S., Alaska and Hawaii.

“We’re doing absolutely worse” compared with other countries, said Laura Braslow, a Republican in Quakertown, Pa., who took part in the survey.

“We have a leader, and I use the term loosely, who is not providing leadership to this country at all,” added Braslow, who didn’t vote for Trump in 2016 and doesn’t plan to back him in November.

Even some conservatives who plan to vote for Trump say the federal government should do more.

“I think a national approach would be better,” said Kevin Reno, a Republican voter in Irving, Texas. “I think it would be effective, and it may be at the point here before too long that we have to do that.”

Other measures that enjoy broad backing include government funding to expand testing for the coronavirus and make it free of charge, making any future vaccine available to all Americans, and a push to produce more personal protective equipment.

Trump has resisted many of those proposals and tweeted Monday that America has done “MUCH better than most other Countries” in easing the impact of the coronavirus.

But most people surveyed disagree.

“I don’t think we have adequate testing because it can take up to two weeks to get results,” McClellan told NPR. She also said it was time for all states to impose public health mandates requiring masks in public places.

Trump has declined to wear a mask in public, but Monday he sent a message to supporters saying people should try to wear masks when they are not able to socially distance from others. The NPR/Ipsos survey found that for most Americans — Democrats and Republicans — mask wearing is not controversial.

On the question of schools, 66% of Americans say they prefer remote, distance learning for children in their area in the fall, a view shared overwhelmingly by Democrats. Republicans are more divided, with nearly 60% agreeing with Trump that schools should reopen and kids should return to classrooms.

When given a choice on returning to work, 69% said that, whenever possible, people should be allowed to work from home until a coronavirus vaccine becomes available. Thirty-one percent chose the option of people returning to offices and workplaces now, with safety precautions in place for employees.

As Washington is deadlocked on aspects of a federal relief package, most people polled — roughly two-thirds — say the federal government should take on more debt to pass a bill that provides a payment for all Americans. A similar number want federal unemployment benefits extended.

“They’re saying right now pass another stimulus bill, pass more unemployment benefits, do your part to get the economy going,” said Ipsos’ Newall, who noted a majority of Republicans also back another round of federal spending.

“It’s clear from this poll Americans want to do everything in their power to limit the spread of the virus,” Newall said. “That means sweeping federal government action.”

With the presidential election three months away, the coronavirus looms large as 46% of respondents said the pandemic is a top concern. And when thinking about choosing a candidate, two-thirds said each candidate’s plan for economic recovery is a very important factor, followed by their plans for the coronavirus and for uniting the country.