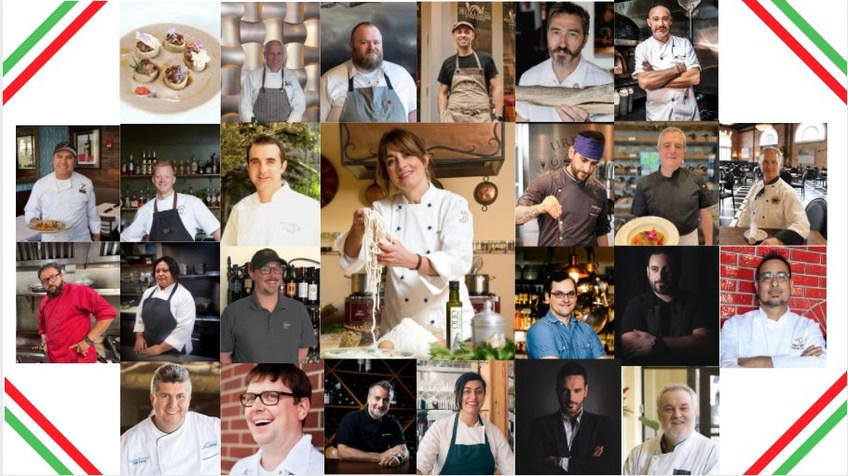 This first edition of the initiative, which aims to promote authentic Italian ingredients and cooking methods in the United States, will see participation from 23 Italian restaurants in 19 different American states. After two sessions of a Masterclass, the chefs will be asked to replicate the signature dish created by Michelin Starred Chef Silvia Baracchi and feature it on their menu during the promotional week of October 18-25.

The signature dish, Stuffed Pasta Rings with Pork Ragù in a Cannellini Bean Soup, stands as a tribute to the autumn season and to Chef Baracchi’s native land of Tuscany, Italy.

Antonino Laspina, Italian Trade Commissioner for the United States commented, “We are very proud to launch this initiative today and involve so many great Italian restaurants across the United States. We are aware of the importance the use of authentic Italian products holds in order to promote our beloved cuisine and culture, as well as educating the American public about it. This is why we’re thrilled to have these restaurants stand as ambassadors for this mission. Involving a cohort of outstanding chefs in America that pride their work on authentic Italian ingredients, leaves us proud to launch the program with such a skilled and esteemed group.”

The initiative’s Italian head chef, Silvia Baracchi is the One Michelin-starred Chef of “Il Falconiere” Restaurant which she opened in 1989 in Cortona. Baracchi’s menu of Tuscan dishes are all created with high-quality, authentic ingredients and a respect for tradition. Baracchi, who was born in Perugia and grew up in Tuscany in a restaurant-owning family, credits them for her passion for their native cuisine.

Thanks to the collaboration of the above-mentioned restaurants, this project is a one of its kind endeavor. By connecting the 23 restaurants from 19 states, the ITA hopes to offer valuable cultural exchange and culinary education across the nation. The is the latest promotional initiative from The Extraordinary Taste.

Follow the ITA’s social media channels at @ItalianCrafted as Chef Baracchi’s Stuffed Pasta Rings with Pork Ragù makes its way onto menus across America during the week of October 18-25. Italian culinary enthusiasts can also share their own beautiful creations and discover more with #ItalianCrafted.