[ad_1] Cellphone video shows what was left of a desolate outpost on the Syrian side of the border with Iraq after U.S. airstrikes on Thursday. Two F-15 Eagles dropped seven 500-pound bombs, completely destroying nine buildings and damaging two. Initial reports said one person was killed and three injured.  “I recognize the significance of this … Read more 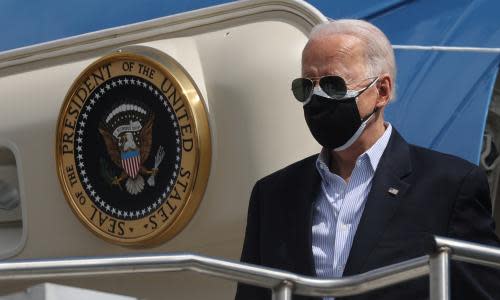 [ad_1] Photograph: Jonathan Ernst/Reuters “Diplomacy is back!” President Joe Biden declared at the Munich Security Conference last week. But so is bombing Syria, apparently. Biden has only been president a bit more than a month, but he has already ordered his first bombing campaign. (It took Trump four months to do the same.) The target … Read more