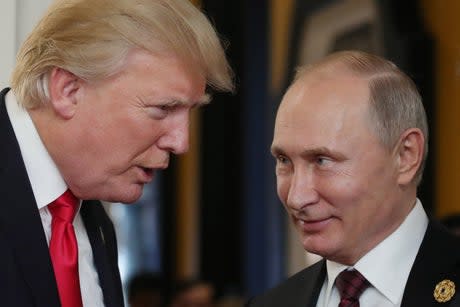 Donald Trump and Vladimir Putin in 2017 (SPUTNIK/AFP via Getty Images) An American who translated the phone calls between Donald Trump and Russian President Vladimir Putin characterised the chats as relatively chummy. Marina Gross, a translator and long-time employee at the US State Department, was the only American to listen in on the world leaders’ … Read more