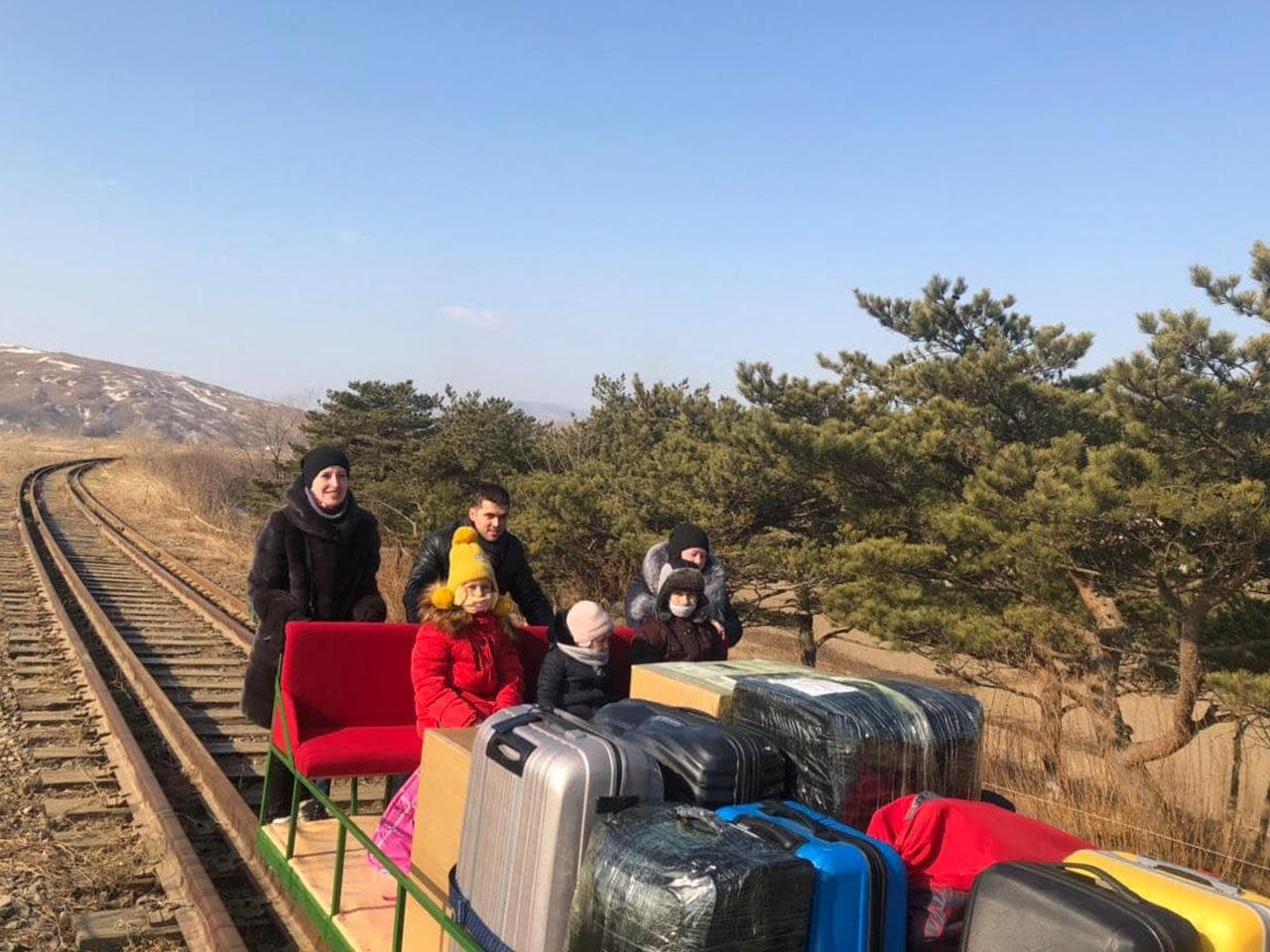 Moscow – A group of Russian citizens, including a diplomat and his family, used a hand-pushed rail trolley to cross North Korea‘s border back into their home country, Russia’s Foreign Ministry said. North Korea closed its borders about a year ago, suspending transportation links with its neighbors due to the spread of COVID-19.

North Korea shares a border with Russia in the far eastern part of the isolated rogue nation, but there are no trains running between the countries at the moment. This didn’t stop the group of Russians, who used the trolley to cross the border with their many suitcases and little children.

The group of eight included the embassy’s third secretary, Vladislav Sorokin, and his family, including 3-year-old daughter Varvara, the Foreign Ministry said in a post on Twitter Thursday.

They had to travel “32 hours by train, then another two hours by bus to the border and, finally, the most important part of the route — walking on foot to the Russian side,” the post said.

The trolley had been made specifically for that journey in advance and placed on the tracks. Sorokin was the main “engine” who had to push the loaded trolley for more than half a mile. The Foreign Ministry posted a video

of the group crossing a bridge over the Tumen River, which separates the two countries.

On the Russian side, they were greeted by local Foreign Ministry officials. The party had to take another bus ride to the nearest airport in Vladivostok. State news agency RIA Novosti reported Friday they went to Moscow.

In the past, the railroad was used by the North’s leader, Kim Jong Un, and his father, Kim Jong Il, for their visits to Russia on the family armored train.

Despite months of negotiations with the North Korean government, the trolley was the only approved direct way for the Russians to return home, Foreign Ministry spokeswoman Maria Zakharova told Kommersant FM radio station on Friday.

The only other option would be to return through China, which includes a three-week quarantine there, she said.

“Diplomatic service is very thorny, it can be very difficult,” Kremlin spokesman Dmitry Peskov, a former diplomat himself, told reporters on Friday.

New Jersey plumber drives to Texas to help after storms