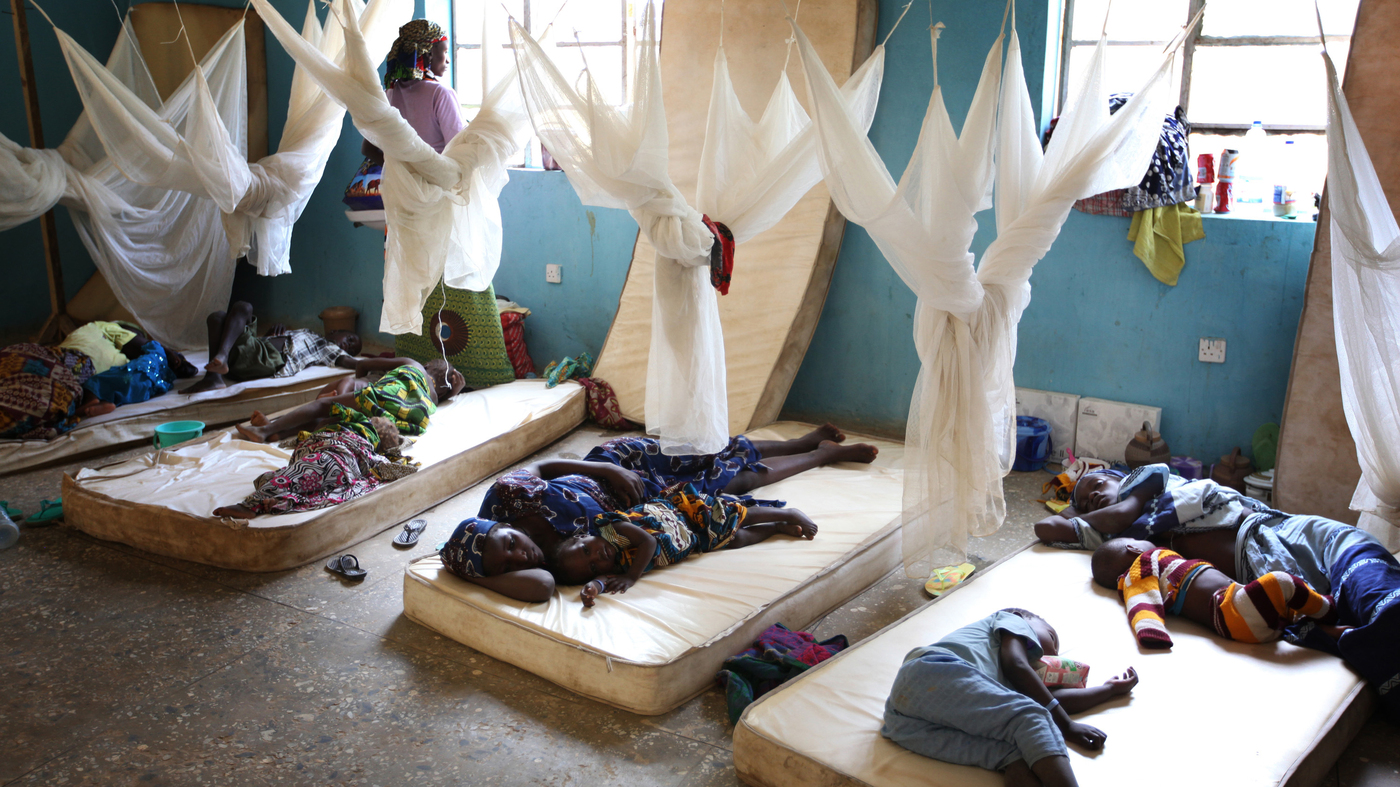 Lead exposure has been an issue for many years. Above: Women and children from lead-contaminated villages rest on mattresses during testing and treatment for lead poisoning in a ward at the Doctors Without Borders clinic in Anka, Nigeria, in 2010. 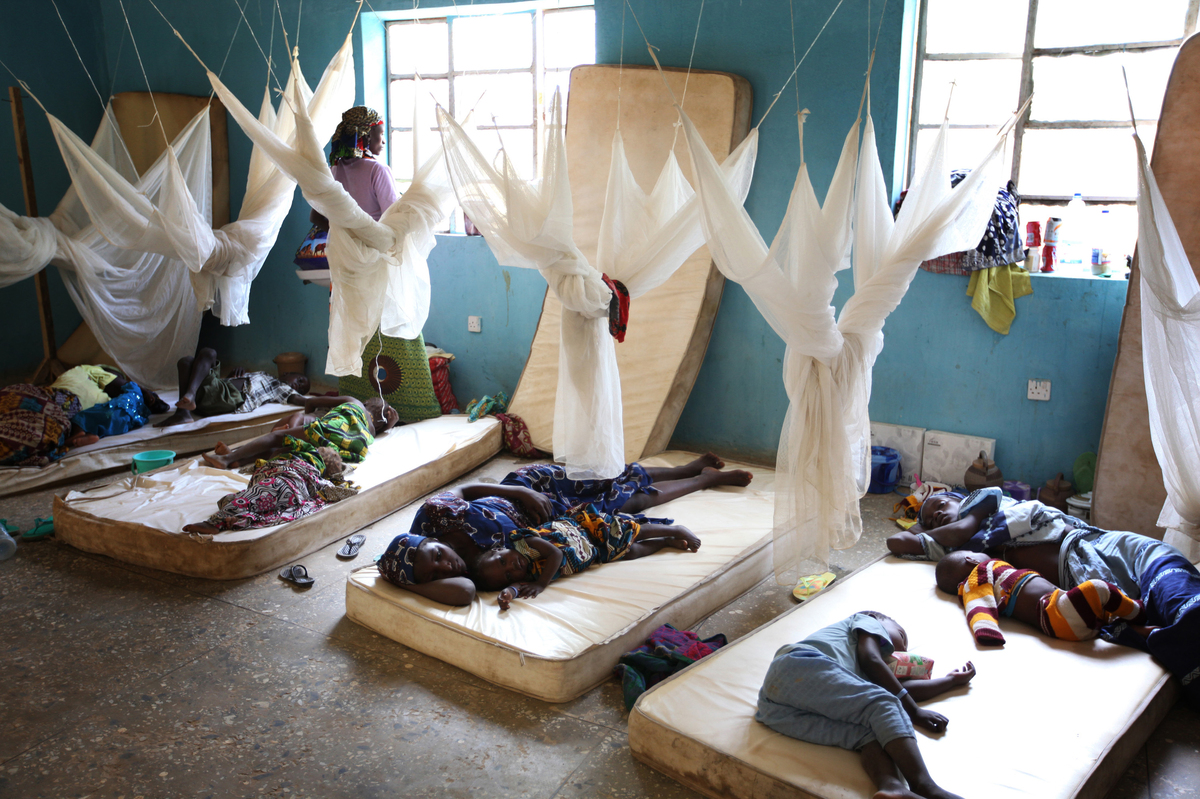 Lead exposure has been an issue for many years. Above: Women and children from lead-contaminated villages rest on mattresses during testing and treatment for lead poisoning in a ward at the Doctors Without Borders clinic in Anka, Nigeria, in 2010.

How many children in the world have been exposed to dangerous levels of lead?

That’s a pressing question that has had no definitive answer until now. About 1 in 3 children have been exposed to lead at levels shown to damage their health and cognitive development, according to a groundbreaking report that is the first to document the problem globally.

The report, produced by UNICEF in partnership with Pure Earth, a global nonprofit that tackles toxic pollution in poor communities, “is the first report of its kind and it’s important,” says Katarzyna Kordas, an environmental epidemiologist at the University of Buffalo who studies the effects of toxic metal exposures in children and was not involved in the study. Prior to this, she says, “there have actually been no studies to systematically and comprehensively estimate the extent of children’s exposure to lead globally.”

The new report finds that some 800 million children worldwide have blood lead levels at or above 5 micrograms per deciliter – a level considered cause for intervention by the Centers for Disease Control and Prevention. (There is no safe level of lead exposure in children.) Among other harms, lead exposure at that level has been linked to lasting decreases in cognition, including a 3-to-5 point drop in scores on intelligence tests, notes study co-author Nicholas Rees, a policy specialist at UNICEF working on climate, energy and the environment. He says it’s “incredibly alarming” to realize that up to a third of the world’s children could be facing such potential hits to IQ.

“We’re talking about a massive problem that has ripple effects, obviously, for the kids, but for society at large,” Rees says. “It’s effectively limiting the potential of a third of the world’s children.” It could also limit the creative and economic output of whole societies, he says.

Indeed, Kordas says one of the strengths of the new report is that it highlights not only the health consequences of lead exposure but also the economic ones. The report cites one analysis that found that over the lifetime of affected people, childhood lead exposure could result in a loss of nearly $1 trillion in earnings in lower and middle-income countries in Africa, Asia, Latin America and the Caribbean. That kind of economic argument may help to add a sense of urgency in countries where combating childhood lead exposure has not been prioritized.

“I really hope that with the weight of support by UNICEF and Pure Earth, the problem of lead exposure and poisoning among children will receive the attention it deserves,” Kordas says.

Lead exposure is particularly dangerous to children under 5, whose bodies absorb lead much more efficiently than adults and are at greatest risk of suffering lifelong physical and cognitive damage, the report notes. Childhood lead exposure has also been linked to aggression, hyperactivity and other behavioral problems, notes Joseph Graziano, a pr ofessor of environmental health sciences and pharmacology at Columbia University and an expert on lead poisoning in children.

“This has been a decades’ long silent epidemic that has really deprived generations of children of their full capabilities and their full economic potential,” Graziano says.

While exposure to elevated levels of lead continues to be a problem in parts of the U.S. like Flint, Mich., Graziano says “the Western world has taken it on head on.” As the new report notes, blood lead levels in high-income countries have decreased dramatically since lead in gasoline and paint was phased out, but they remain “dangerously high” in lower and middle-income countries. Most of the children affected by lead exposure live in Africa and Asia, though many live in Central and South America and Eastern Europe, according to the report.

Globally, sources of lead exposure can often include ceramic serving dishes made with a lead-based glaze, which can lead to lead chips making their way into food. In some countries, including Georgia, India and Bangladesh, researchers have found that lead chromate is being added to some spices, particularly turmeric, to increase its weight and enhance its color.

Lead mining and lead water pipes are also major sources of exposure, as is the informal recycling and burning of e-waste.

But one of the biggest sources worldwide is the recycling of lead acid batteries from cars, trucks and other vehicles, which account for about 85% of the world’s lead use, Rees says. While battery recycling can be done safely in countries with proper regulations and monitoring, an untold number of informal, unregulated and sometimes illegal recycling facilities have cropped up where workers extract lead and other metals from used batteries for resale.

“Sometimes [this happens] in people’s backyards, sometimes in open areas where parts of the batteries are burned, and the lead can enter fumes, it can enter the soil and can enter surrounding water sources. That’s where the risk becomes really, really high,” Rees says. Sometimes, workers might unwittingly carry lead dust back home on their clothes, he says.

In many cases, he says, the people engaged in these activities – and the communities around them — are not aware of the risks.

That was the case in Kathgora, Bangladesh, a village of about 300 people about 9 miles outside of Dhaka, the capital city. In 2016, informal battery recycling operations opened in a bamboo jungle by the village. Residents started asking questions when they saw their livestock die after grazing on grasses contaminated by lead dust from the recycling operations. But they didn’t realize their children were also affected, because symptoms of lead exposure in kids can be subtle at first, says Luftul Kabir, a researcher with Pure Earth who investigated the Kathgora site.

“They had no idea why children were not learning anymore and why they were so aggressive and things like that,” says Maya Vandenant, chief of health for UNICEF Bangladesh. “The awareness among the community members is very, very low.”

Kabir says the villagers eventually forced the recyclers to shut down. In 2017, a team from Pure Earth and the Bangladesh Department of Environment came in to carry out remediation, clearing out used battery parts and removing contaminated top soil. At the start of the project, testing of blood lead levels in 75 village children found an average of 21.3 micrograms per deciliter; 18 months later, those blood lead levels had dropped by 42% on average, according to Pure Earth.

But while improvements in blood lead levels is possible, reversing the damage already done by lead exposure isn’t. That’s why prevention is absolutely key, Kordas, Vandenant and Rees emphasize.

“I think the bottom line is we need to focus on reducing exposure in the first place because unfortunately, you can’t undo the damage that lead causes to the brain and the body,” Rees says.