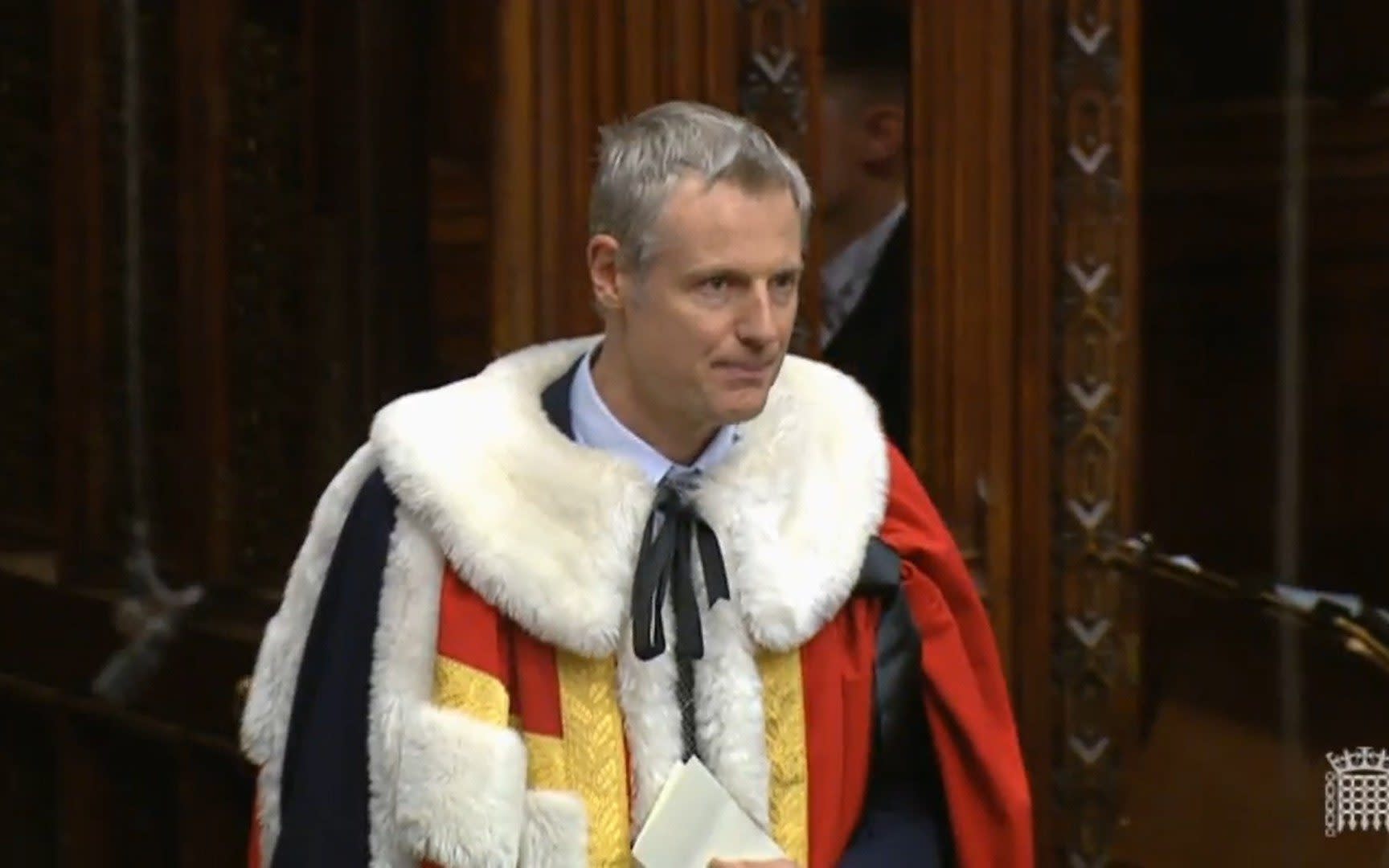 Members of the House of Lords will be allowed to wear their ermine robes, and families can pass down treasured mink coats in planned exemptions from an upcoming fur ban, the Telegraph understands.

Ministers have been considering an outright ban on the fur trade as a “Brexit bonus” due to the cruelty of mink farms abroad. They argue that as fur farming is banned in the UK due to animal welfare concerns, fur farmers should not be able to profit from their trade in this country.

However, the British fur industry hit back, arguing that a ban could criminalise those who hand down family heirlooms and stop members of the House of Lords from wearing their traditional robes.

The Prime Minister’s fiancée, Carrie Symonds, has long called for a fur ban, labelling the practice ‘sick’, but it is understood that even the fiercest proponents of the ban would be willing to see a loophole enabling people to keep and pass on their grandmother’s fur coat.

Under plans for a sales or import ban, buying new furs would not be allowed, but institutions like the House of Lords which have a stockpile of ermine robes would be allowed to hand them out. Those who have vintage fur coats will be able to pass them down, but will not be allowed to sell them.

Senior government insiders said a fur import ban is “definitely” coming down the line, pointing to the mink farms which spread Covid-19 during the pandemic and the cruel conditions many animals are kept in.

Sources added that the law will be carefully written, so the “aggressive” fur lobby cannot undo it in the courts.

Government officials explained the ban “would be either a sales or import ban”, adding “People will be able to keep, look after and even give away and swap existing items. They just won’t be able to buy anything new.”

Environment minister Lord Goldsmith has long called for a fur ban in the UK. Although traditional robes are unlikely to fall under a ban, the peer has said that he recommends those new to the House of Lords choose faux fur for their robes like he did.

The minister said: “In the UK, we have some of the highest welfare standards in the world. We care deeply about our animals and nobody wants to see the continuation of practices which cause them unnecessary harm or suffering.

“Fur farming has rightly been banned in this country for nearly 20 years. Now our future relationship with the EU has been established we have an opportunity to consider further steps we can take in relation to fur sales.”

The Department for Environment, Food and Rural Affairs added that during the transition period it was not possible to introduce restrictions relating to the fur trade as this would restrict free movement within the EU single market. Now our future relationship with the EU has been established there will be an opportunity for the government to consider further steps it could take in relation to fur sales.